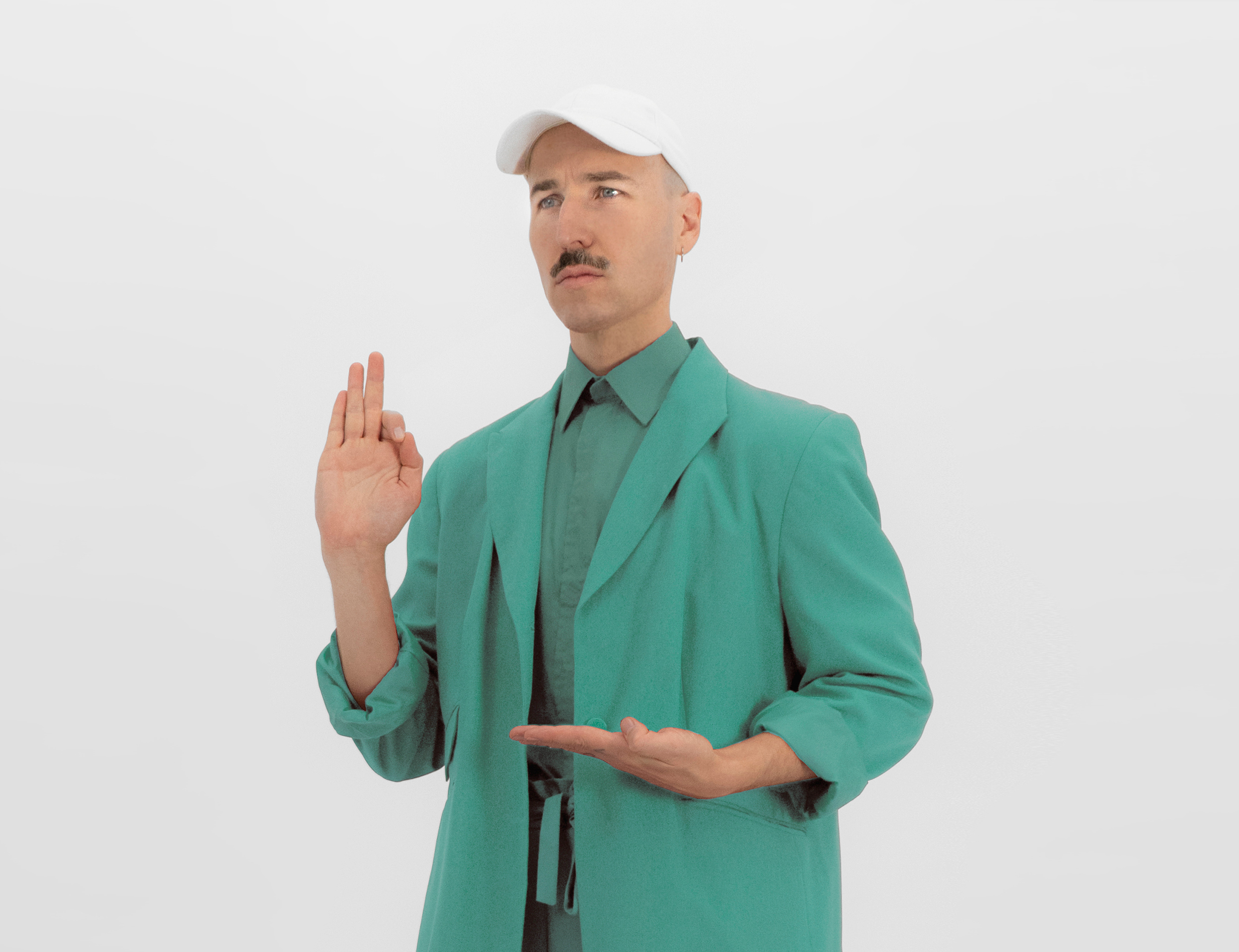 Transdisciplinary and multidimensional artist Mit Borrás, since 2010 has been hovering between Madrid and Berlin. 100% synthetic product, formalized and channeled through video and sculptural installations, his work evokes the ‘color of comfort’. The mannerist expression in his work clashes with its pristine presentation and raises the idea of adaptation through ergonomics and triangulation. In particular between a human being, nature, and technological progress.

Since he was a child, Mit Borrás loved art — he drew and went to various exhibitions. Though being a sociable kid, somehow fantasy was his favorite form of escape. And the most memorable books from his childhood were with dark, gloomy illustrations by Nordic authors. Also, a book on ecology and the extinction of humanity, which he describes as ‘quite activist in terms of defense of the ecosystem, very explicit and sinister’.

As it may seem odd, clinics and caves (in that order!) are the main source of inspiration for Borrás’ work. They disturb and amaze him at the same time. And also Nature, its forms of adaptation, association, and survival.

‘I really like to walk, look at everything and study the behavior of things, people, and the relationships that occur. In Dubai, for example, I got permits to film in impressive sites, the Dubai Future Foundation, high-performance sports centers, factories for robots with artificial intelligence, or the World Para Athletics Championships.

One of them was a state-of-the-art prosthetics laboratory. There I found and recorded for ADAPTASI in a sealed room with glass walls, an enormous white three-meter-high hydraulic robotic arm. Which from a high-density foam cube, autonomously and skillfully, outlined a prosthesis torso in the shape of a human body; shoulders, hips, breasts, everything. The robot removed the excess foam from the block like a sculptor. Really, with elegance with parsimony and respected the fragility of the material that would later be the mold for a prosthesis to correct the posture of a person’s torso and avoid pain. Situations like this, glimpses, inspire me.

Of course, I also like very prosaic things such as electronic music or club culture and its similarities with other sacred events and their displays: the smoke, the light, the sound, the smell of sweat, the collective experiences that they propose to reach a certain degree. of group ecstasy, right? I am passionate about observing these things.’ 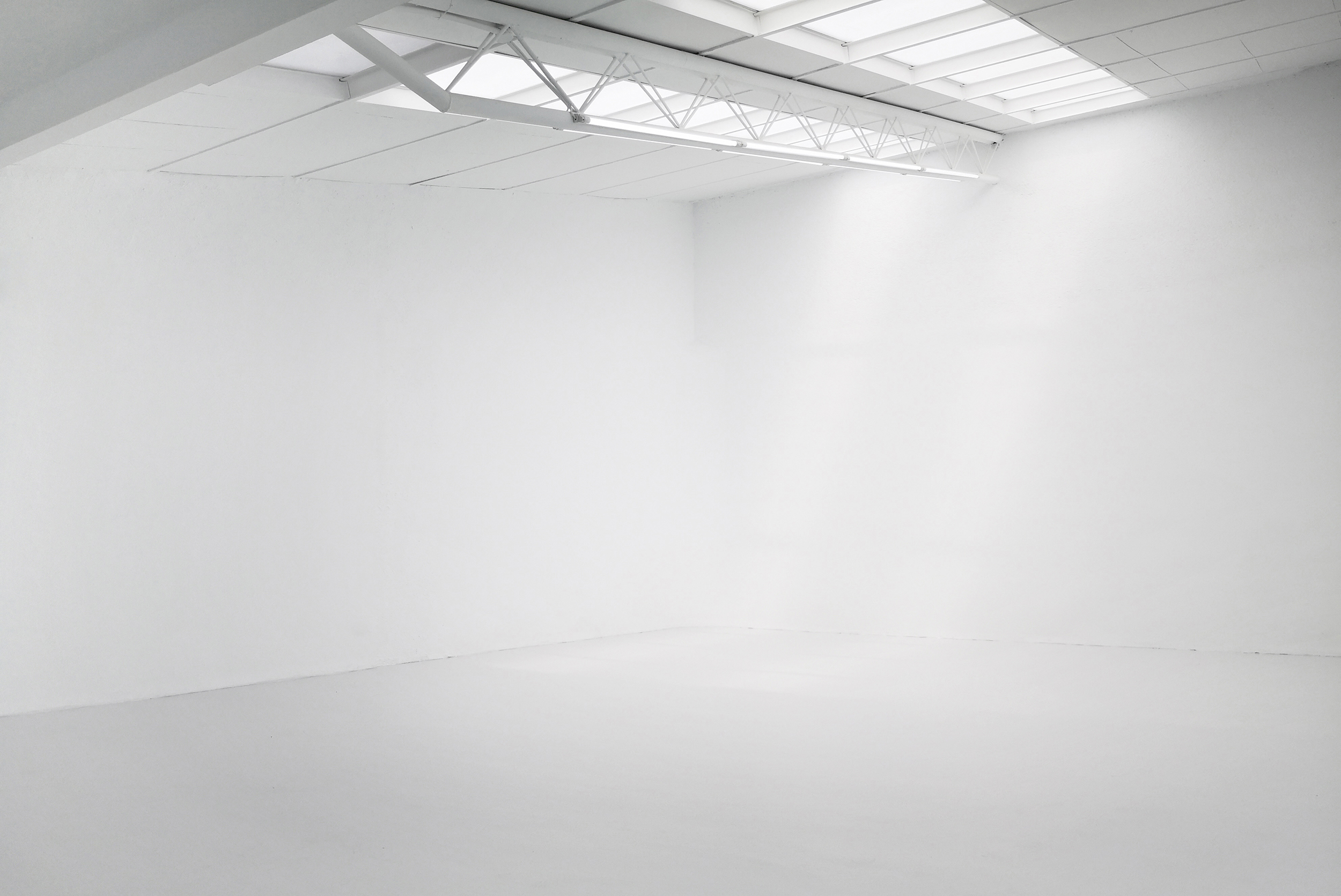 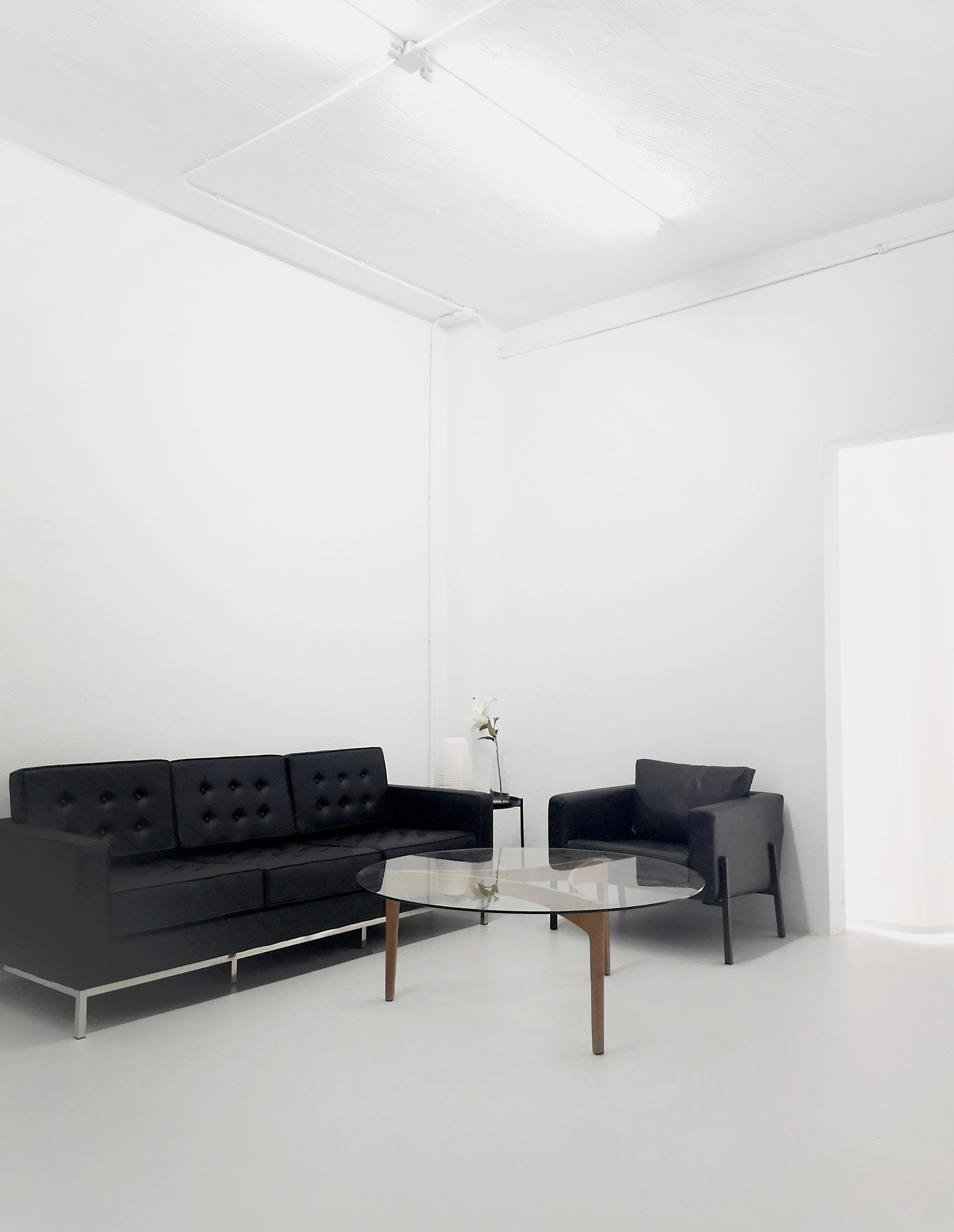 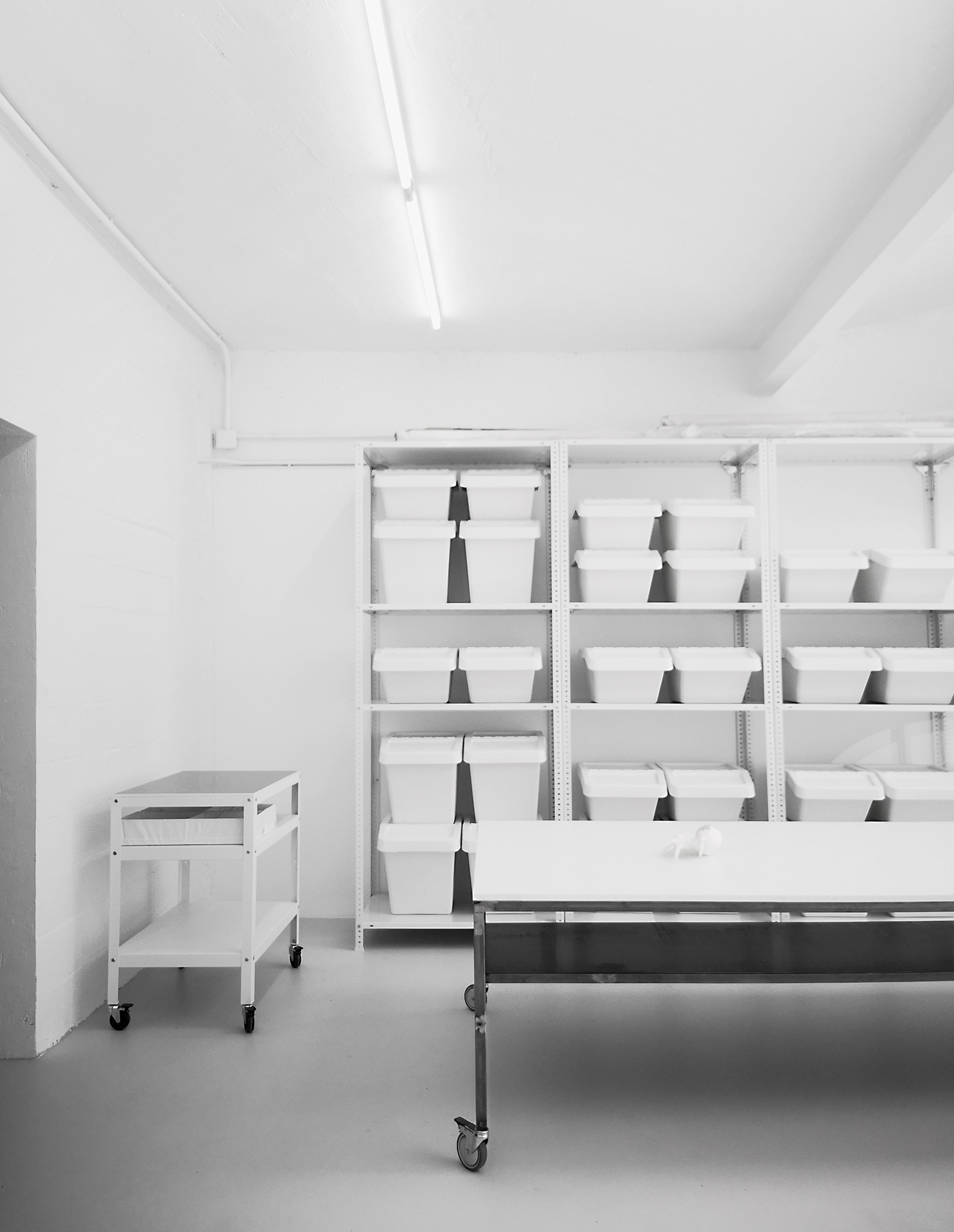 As for the environment in which Mit Borrás works, it is a quiet and bright space with a relaxed, pleasant, daytime atmosphere. His studio has this aspect of a clinic display, with a vaporous space and a synthetic and aseptic tone that is later seen in exhibitions. This environment helps him alongside the electronic music which he plays to get involved and get into the creative mood.

Committed to his work and time, Borrás chooses materials inspired by things that fascinate him. For example, methacrylate, silicone, yoga elements, prosthetics, electronic sounds, screens. However, not only materials but also colors have their own role. Desaturated and light, a very concrete Pantone palette with pastel colors help convey and show the idea of softness, elasticity, and harmony. The technology of sensual power, a sensation of fullness and harmony, of serenity and aseptic well-being. The color of the comfortable. The neo-tribal.

‘I research ergonomic design and its implications because it is the quintessence of our economic and social system and has huge implications in modern thinking (cognitive ergonomics).

I am interested in very particular areas, especially those of the robotics industry, medical (prosthetics and orthotics), and erotic pleasure (vibrators, sex toys). Everything related to the self-care industry (facial silicones, robotic massage arms, foams to reduce body pain or to block incorrect positions and to improve work efficiency). And to the world of high-performance sports, especially wellness and practices considered for balance such as yoga, tai chi, and fitness and all the objects and technologies used to practice it. I have all kinds of objects of this type in my studio. I surround myself with them and I have a lot of digital files on my hard drives, images that I look for on the internet. Then I catalog and finally later I consult and go to it.’ 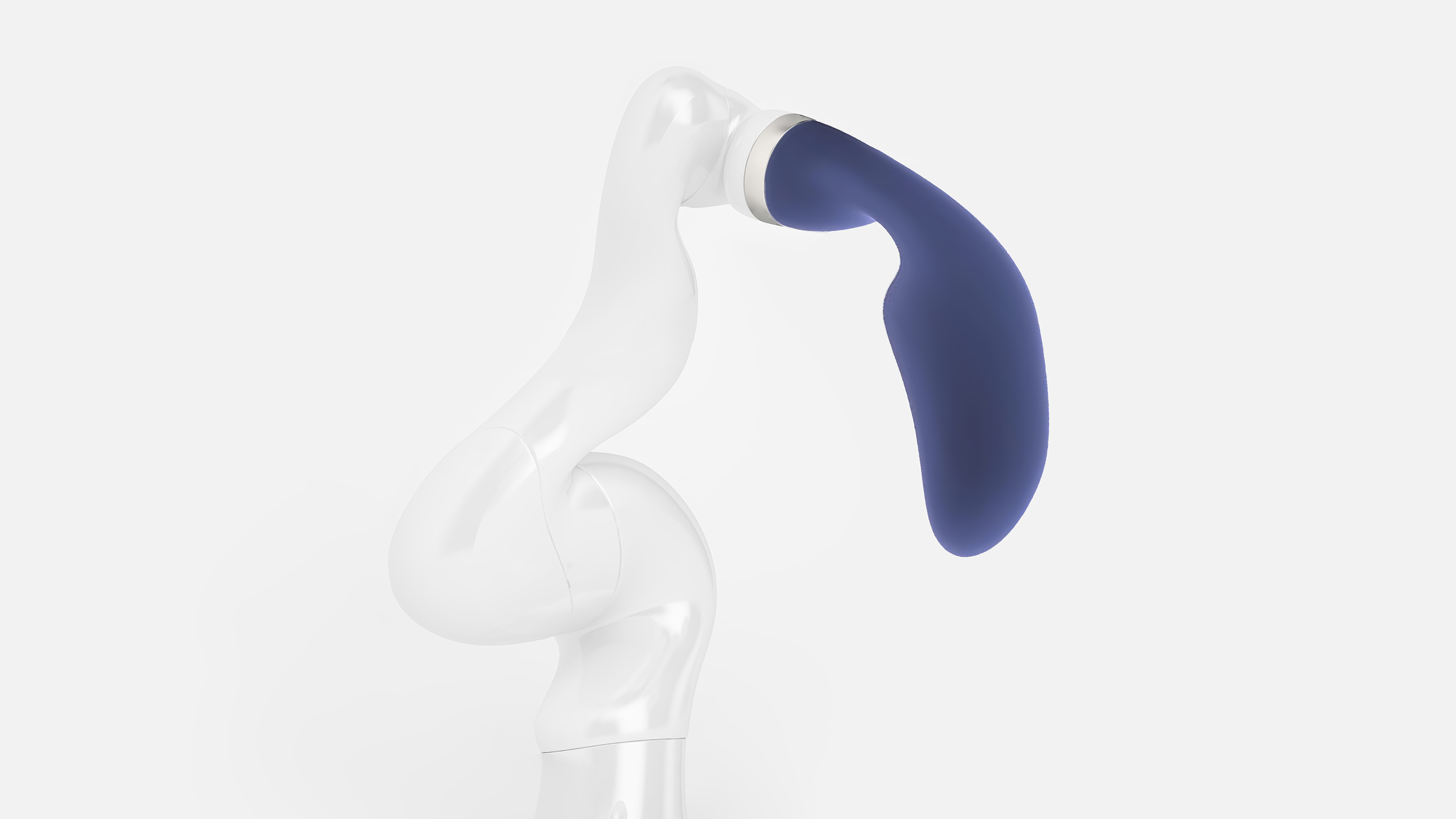 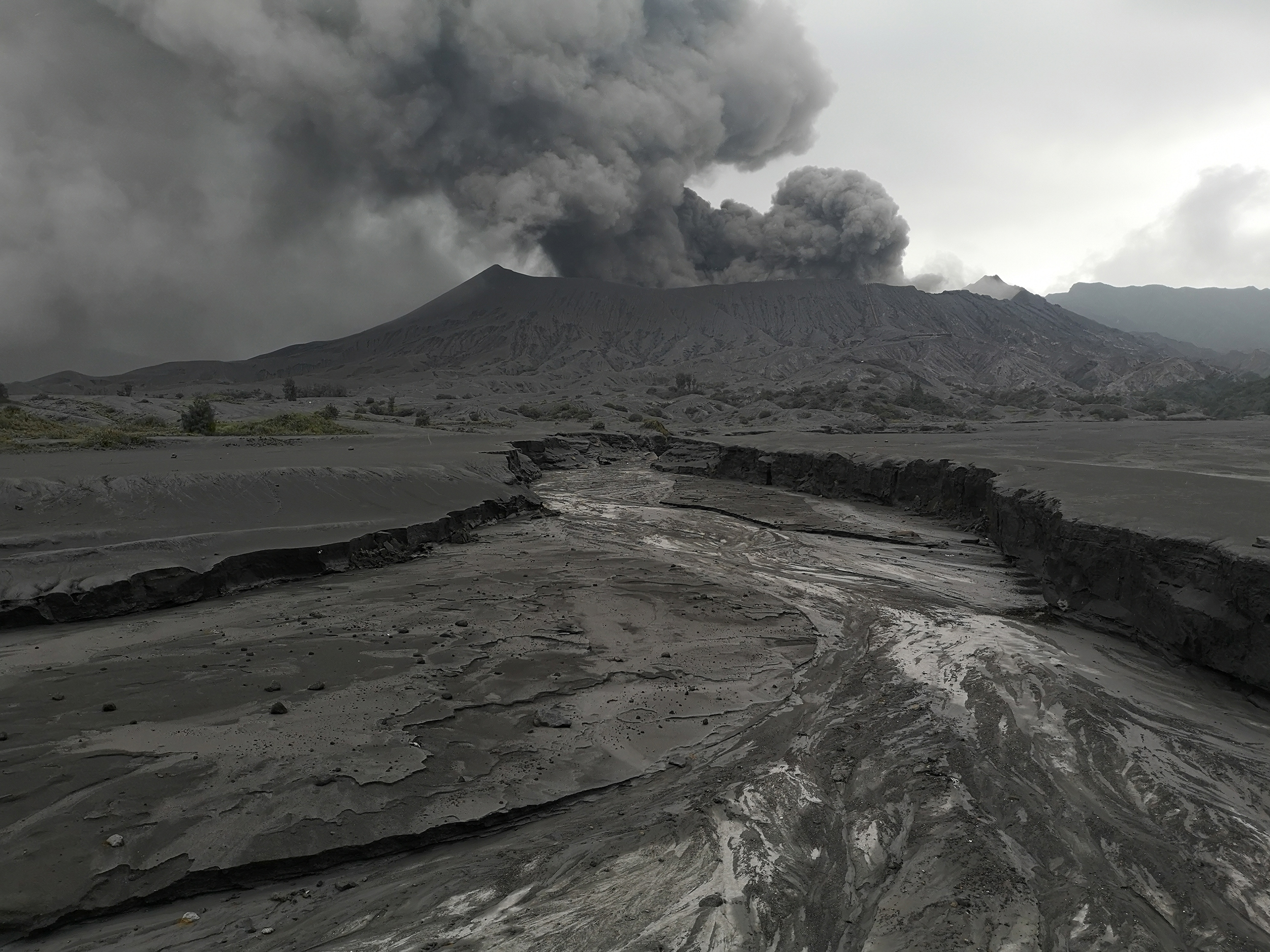 ‘My work is a thesis on the idea of Adaptation and deals with the relationship of human beings with nature and technological progress. Their roles, the goals that they have.’

The realization of the meaning of his own work came to Borrás a few years ago by surprise. And as he describes, it was a moment of revelation. In fact, it all happened at an active volcano which he visited in Indonesia, called Gunung/Mount Bromo. He went there with a camera in tow because he was working on his latest project ADAPTASI. The idea was to record, think, and try to find an answer to a very hard personal event.

‘This experience was brutal, gentle, and monstrous. It was a hypnotic and violent place like Dubai, which is another place that fascinates and worries me. I also visited it for the making of ADAPTASI, and you could bury me there if you want. The volcano was surrounded by a deserted, lonely, dark-gray plain, an alien landscape. It was necessary to protect oneself from the toxic gases, but in the same place, a new veil was growing, let’s say, a new life.

I walked through that plain in front of Bromo towards the caldera. And eventually, I found myself hidden behind a gray dune, at a very humble little temple, built with the ashes of the volcano. Inside I saw a small ash altar that also had charred fruits on it. An offering. All that felt like a very violent and precious totemic place of birth and death. Then I heard a mechanical hum. In the sky, not far away, a drone appeared at a low altitude. It seemed that he was looking with that serene and threatening drone attitude, so attractive, you know? At that moment in the volcano, I saw the idea of adaptation as an ultimate, almost religious fact. It was like seeing the ghost of the future, the last one. Nature, machine, adaptation. The offering. That is my approach.’

The word ‘adaptasi’ means adaptation in Indonesian. It comes from a place where everything took shape — between jungles, Buddhist temples, capsule hotels, and volcanoes. In addition to other locations with very specific, synthetic, or forcibly organic architectures, ADAPTASI CYCLE was mainly filmed in Dubai, Indonesia, and Sri Lanka. The project was initiated in 2017. 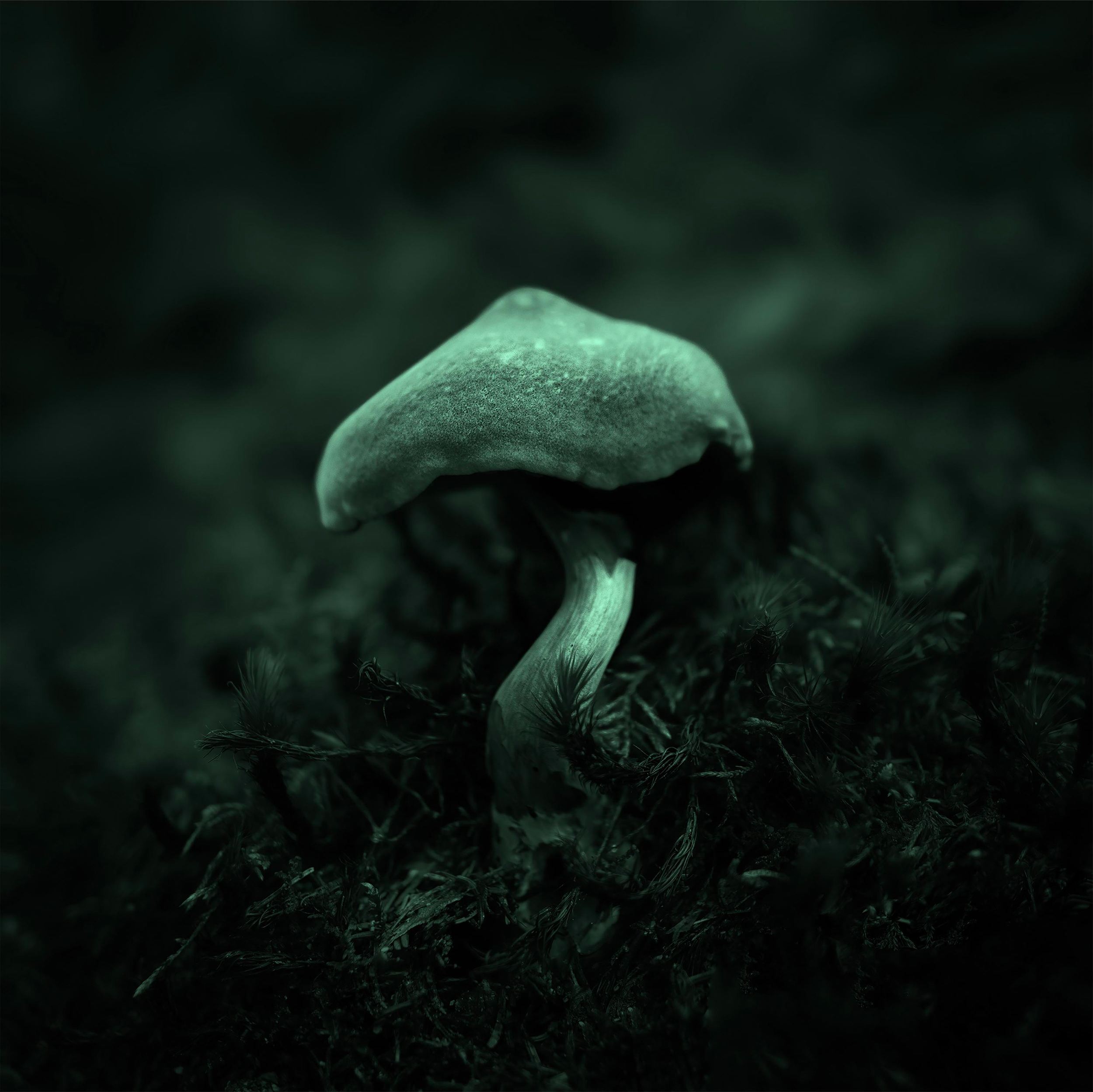 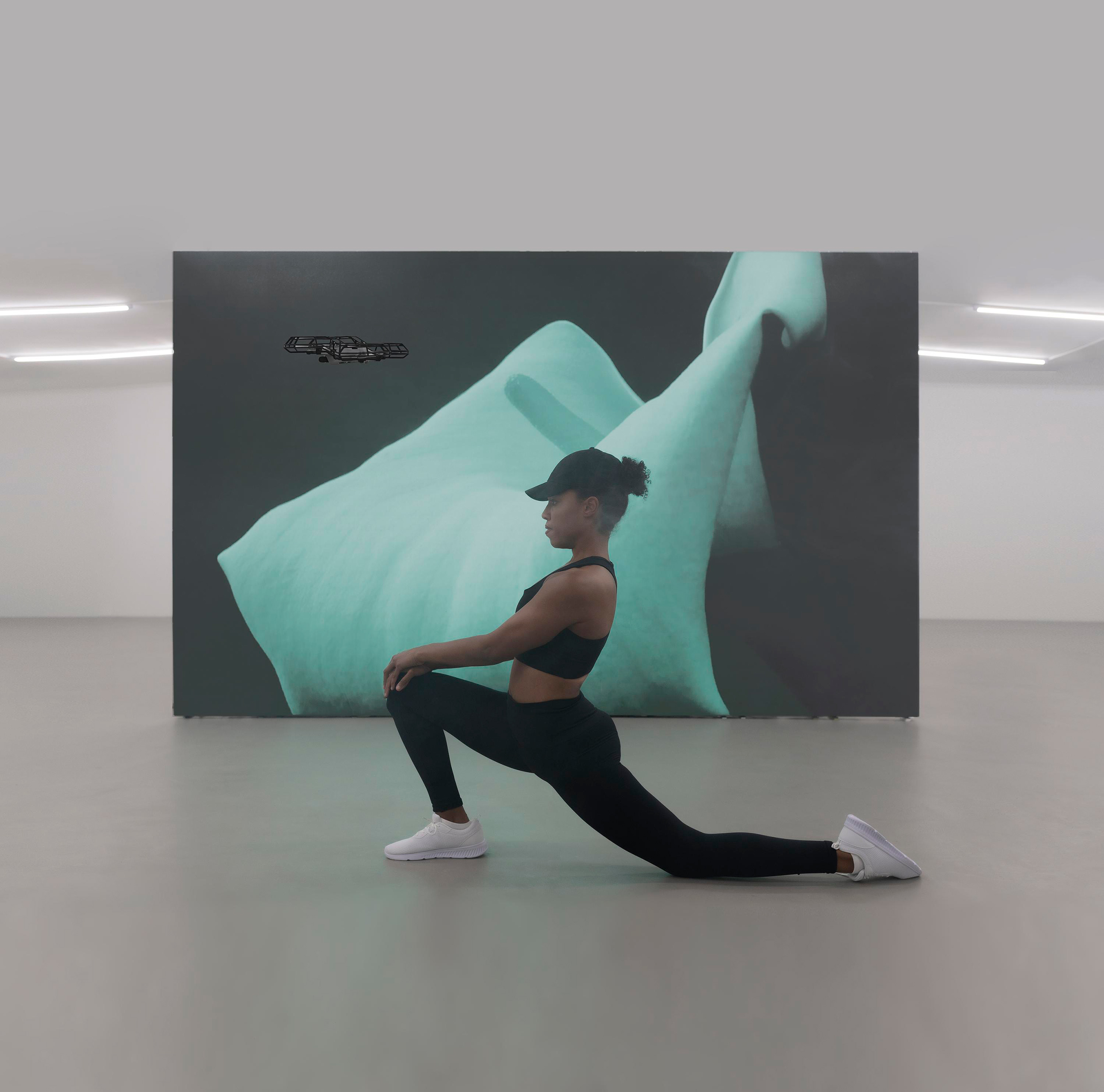 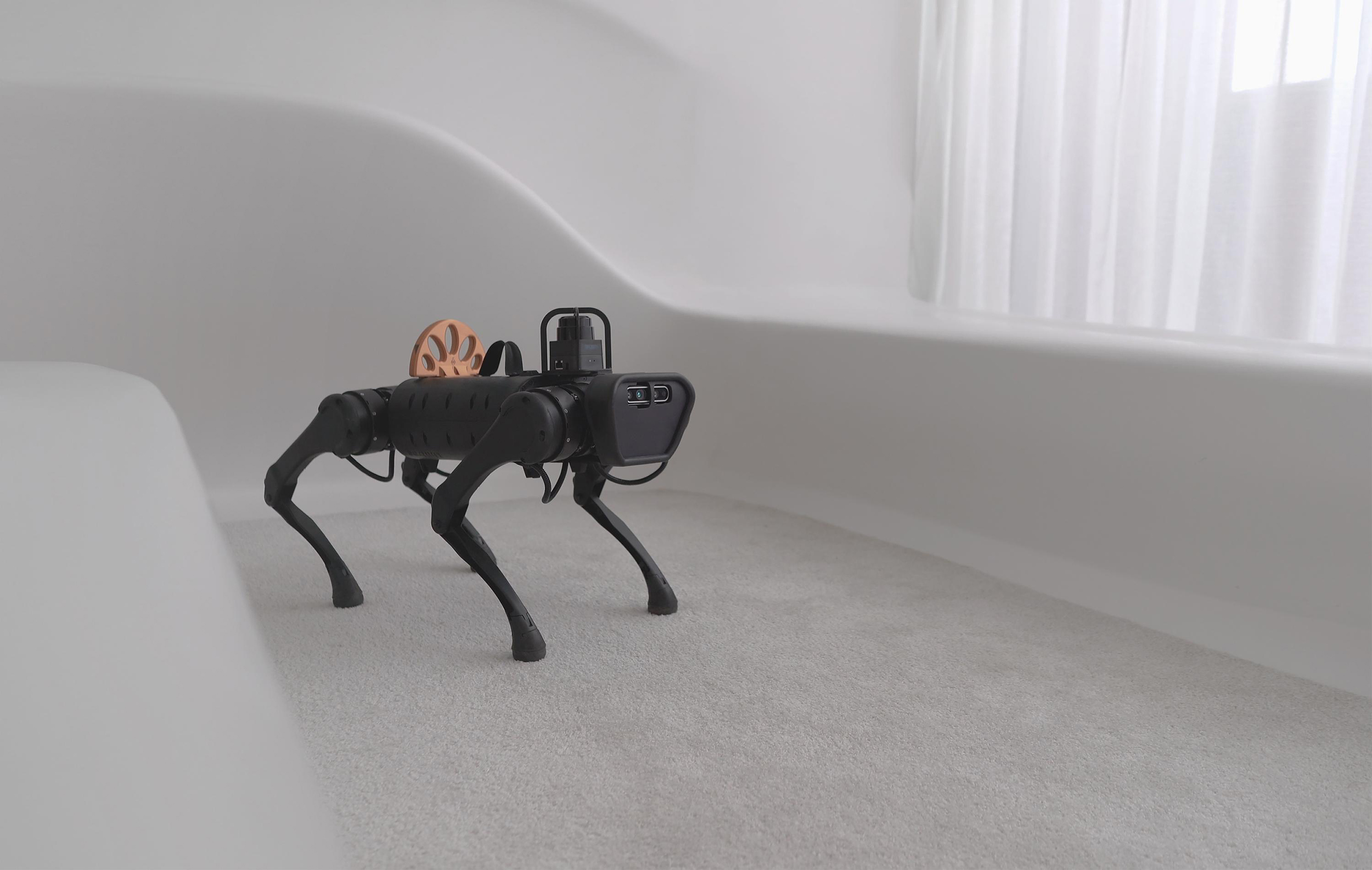 ‘ADAPTASI is like a nature rave in honor of technology. Bionic prostheses, exoskeletons, botany. It is a twisted hyperbole of elements of the present turned into a new future.’

10 Suites or audiovisual stories and various exhibition assemblies form the ADAPTASI CYCLE. The beginning of the journey starts with ARCYRIA and continues with the second Suite — HEAVVEN, realized at Exgirlfriend Gallery during the Berlin Art Week of 2021. Together with Rachel Lamot as an art director/co-scriptwriter, and the musical composition of Daniel Vacas Peralta, HEAVVEN was developed over the last five years.

‘I have also had a large team of wonderful people all of whom I am very grateful to. It would not be possible without them. First, Rachel Lamot’s artwork, as she envisions the work, is something fantastic. Her work is huge and of an unmatched level. I deeply admire her, and my work owes her a lot. Second, the music that Daniel has produced is sublime. It has been a precious sound creation process of several years of work.

Music started brewing in Sri Lanka, as we ascended a spherical mountain, Sigiriya. A revered geological rarity that had spectacular Buddhist temples buried inside where people, like us, would go up to meditate. There began the sound of ADAPTASI for HEAVVEN and the whole cycle. The music that Daniel has made is a prodigy.’ 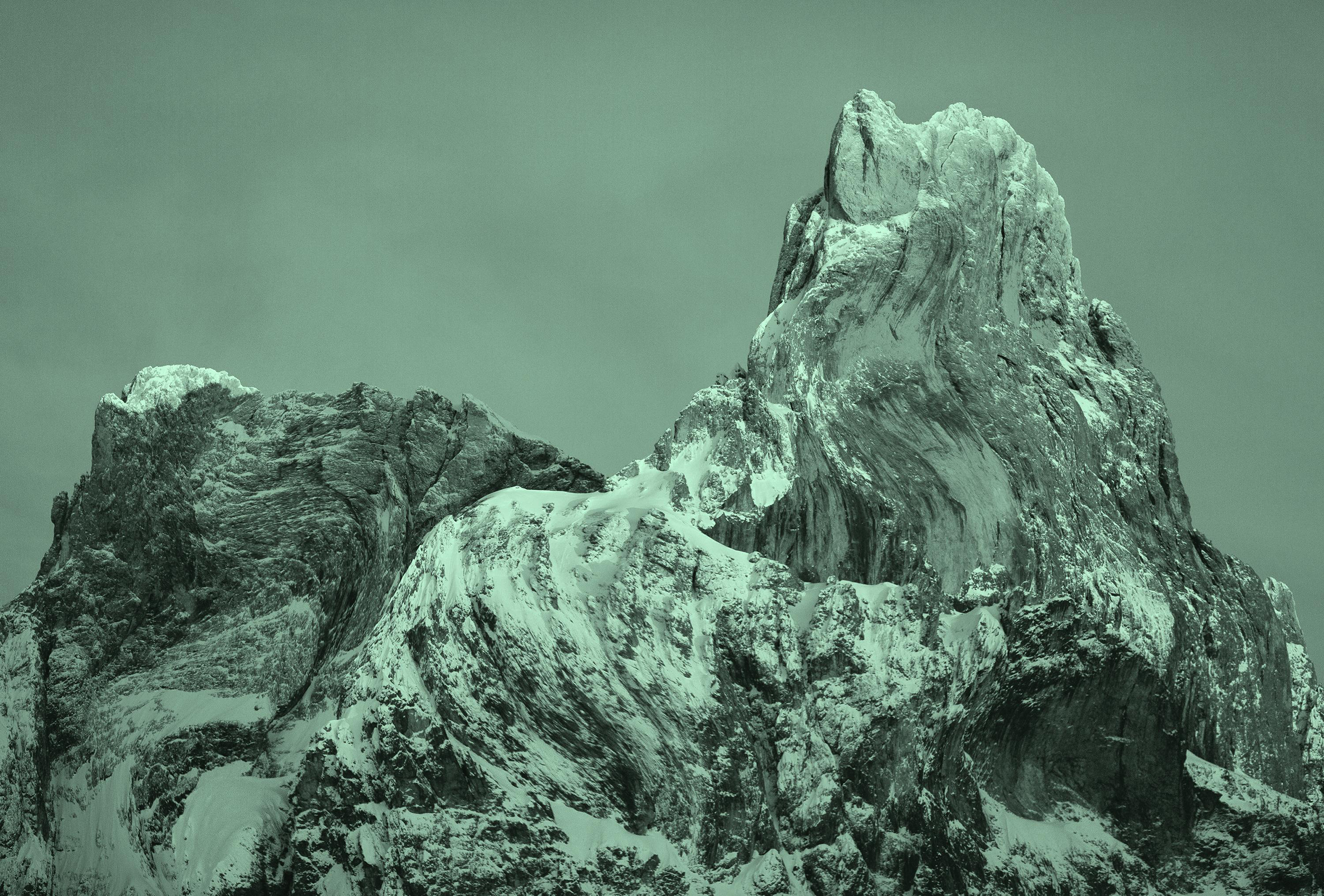 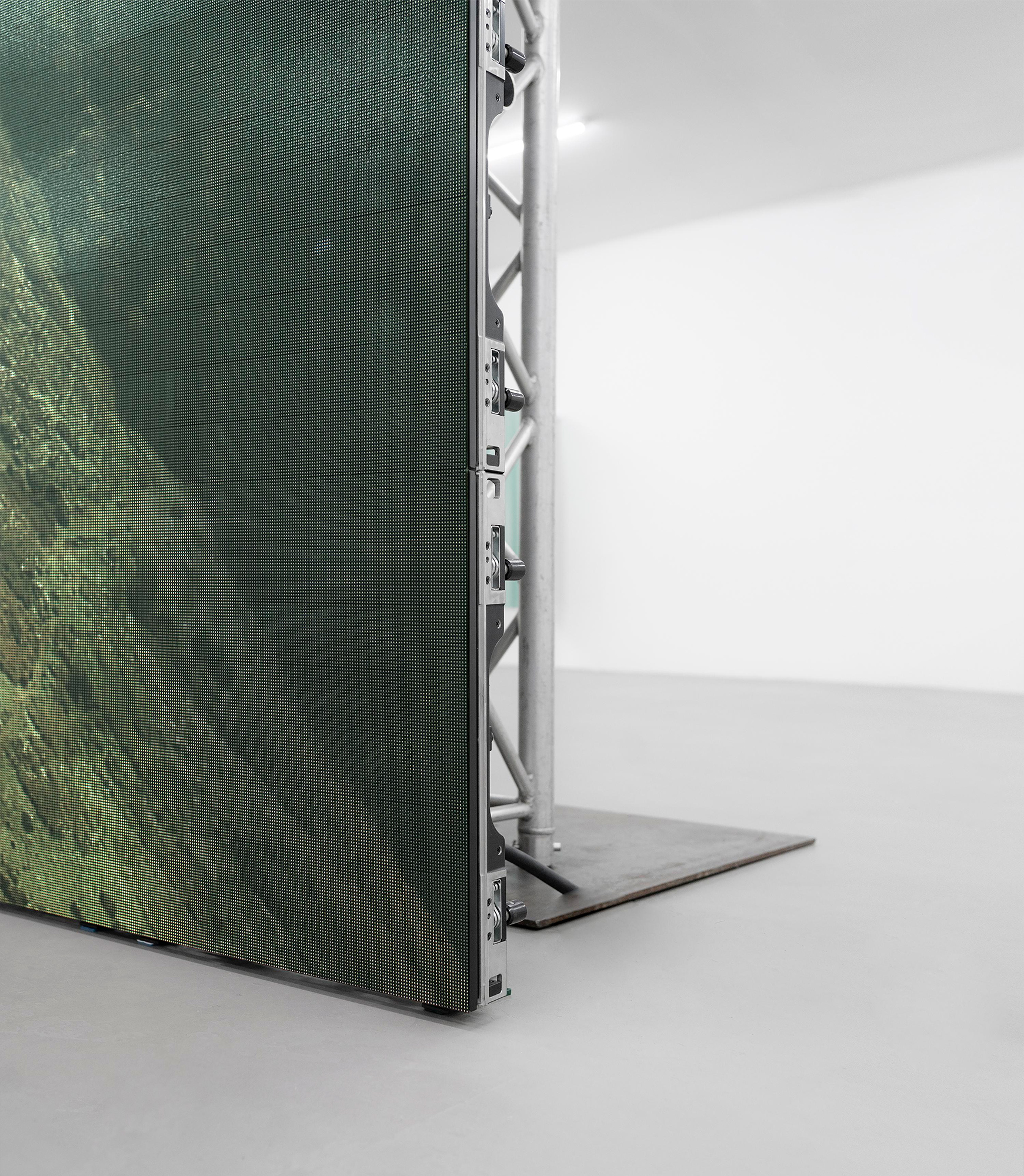 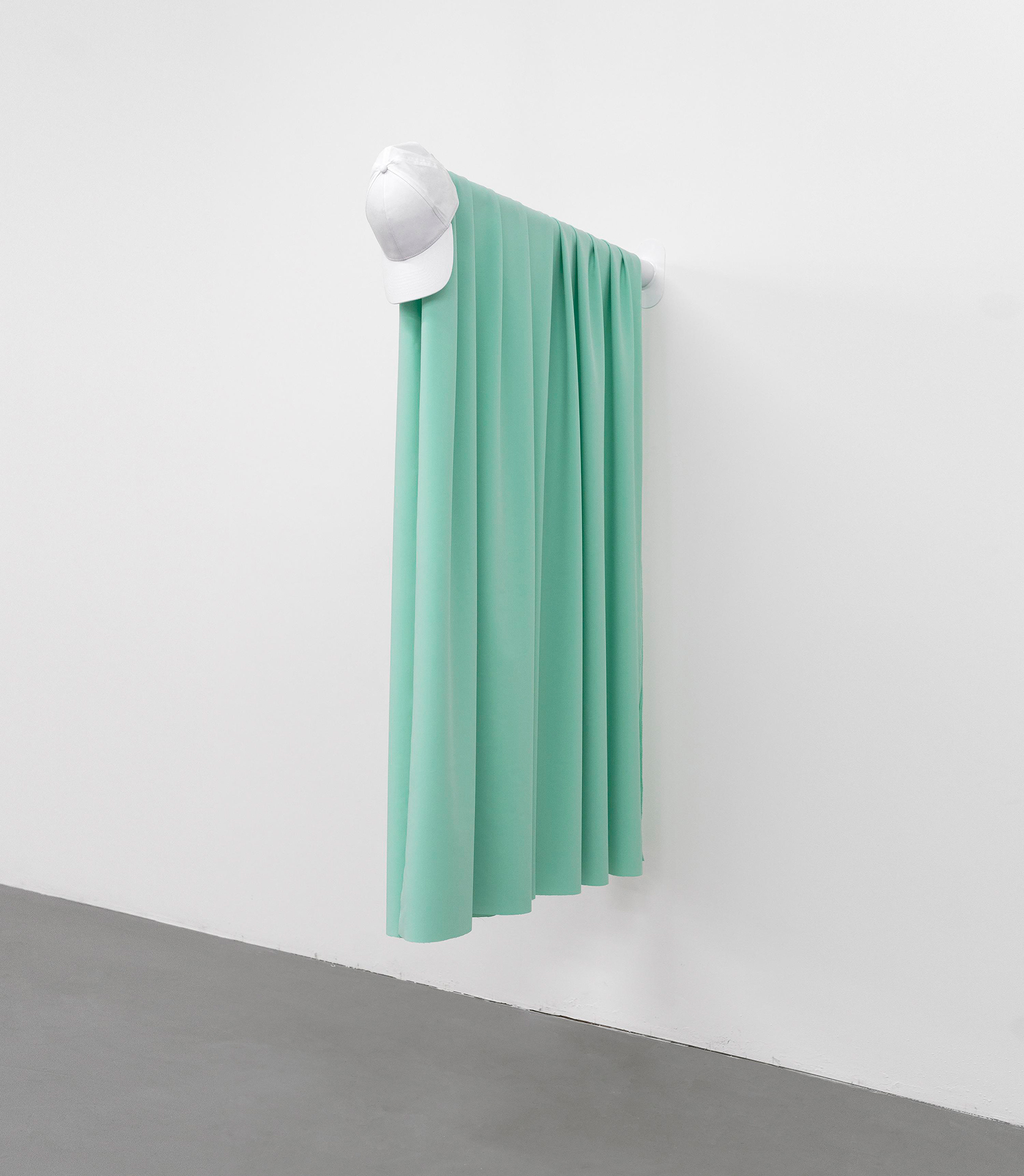 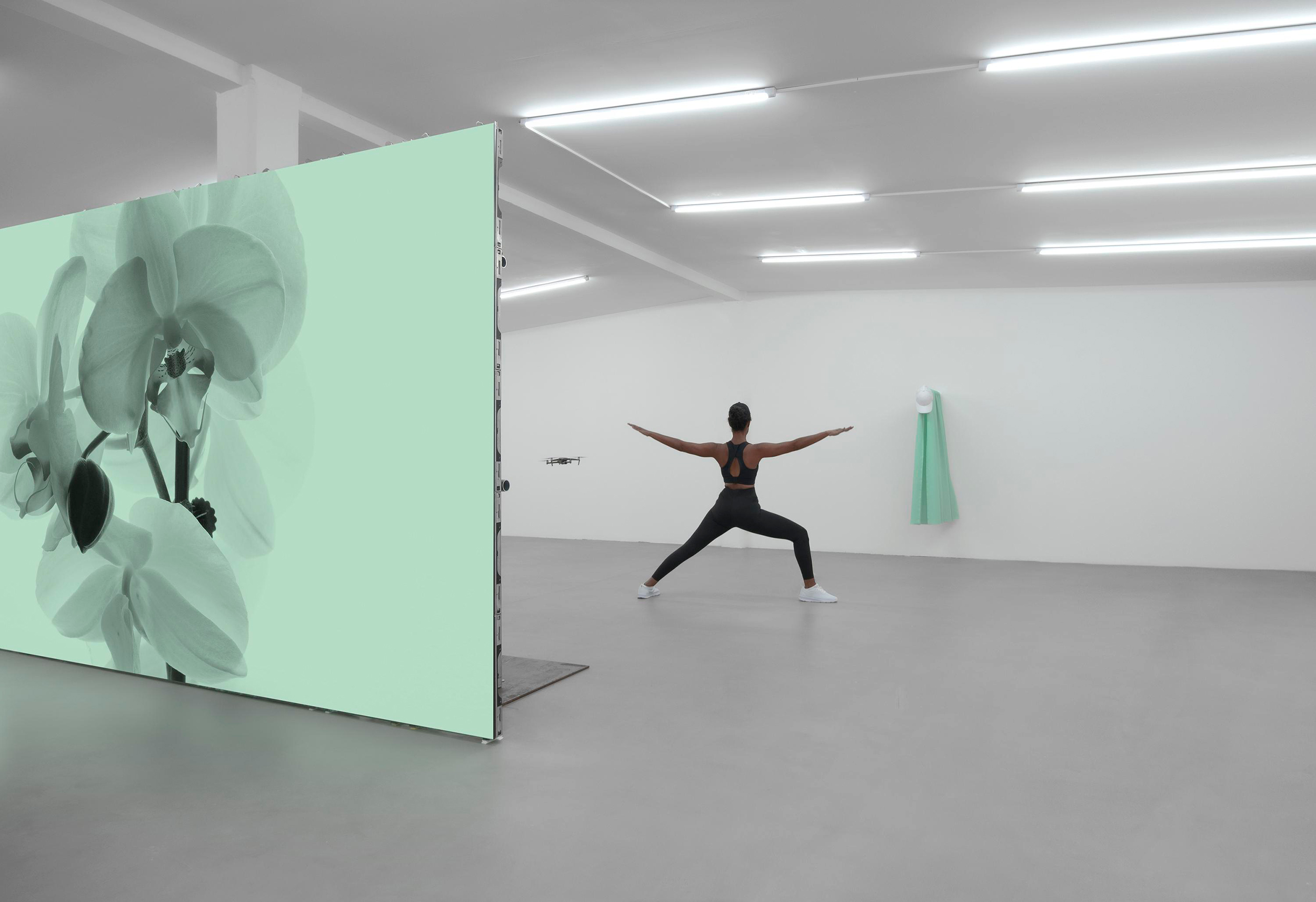 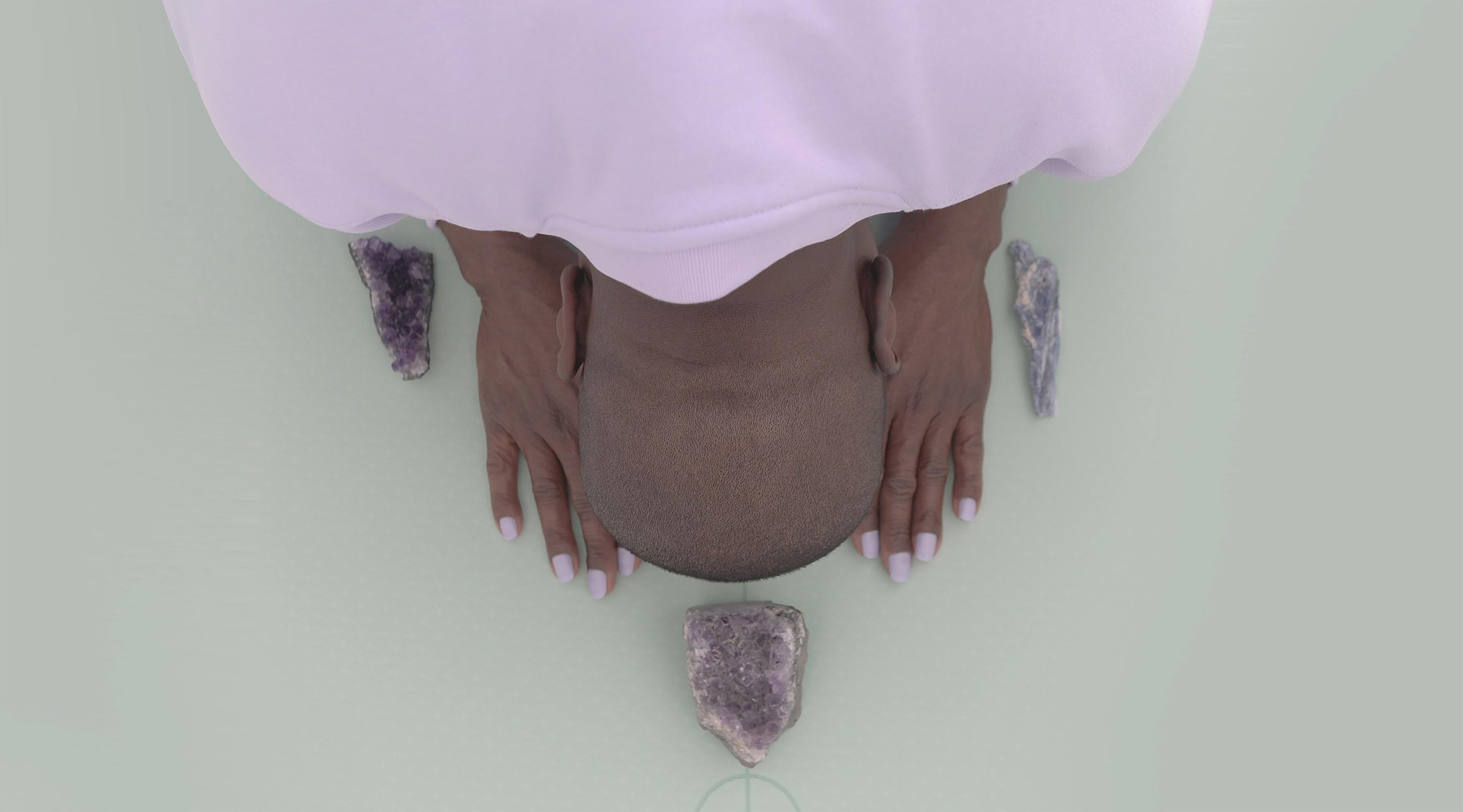 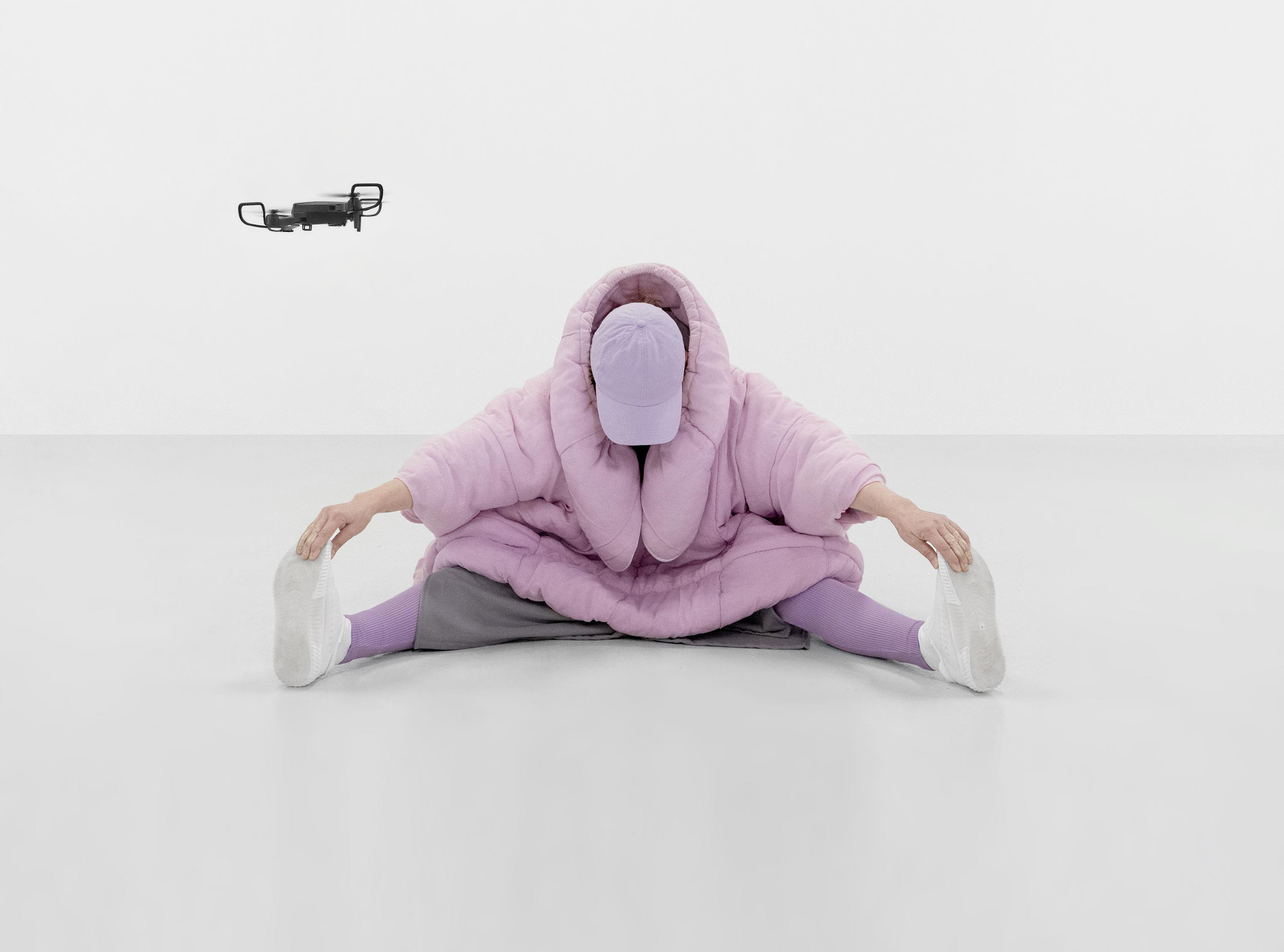 Furthermore, the idea of wellness, meditative songs, Tibetan bowls, and electronic music always surround the work of Mit Borrás. For example, as it was during the performance and installation RAAIN. Inside the space, a large LED screen projects images of a very sensual nature in an encyclopedic way: mushrooms, flowers, forests, and glaciers that deform in front of a viewer’s eye.

Alongside this artificial nature, a live performer, dressed in neat sportswear, performs a session similar to yoga for an hour. Meanwhile, the room fills with smoke like a synthetic fog and a real drone flies into the gallery to watch the performer. And during the whole act, great energy is produced with the public in that space. A sort of ASMR dynamic of calm and meditation that contrasts with the violent murmur of the drone. 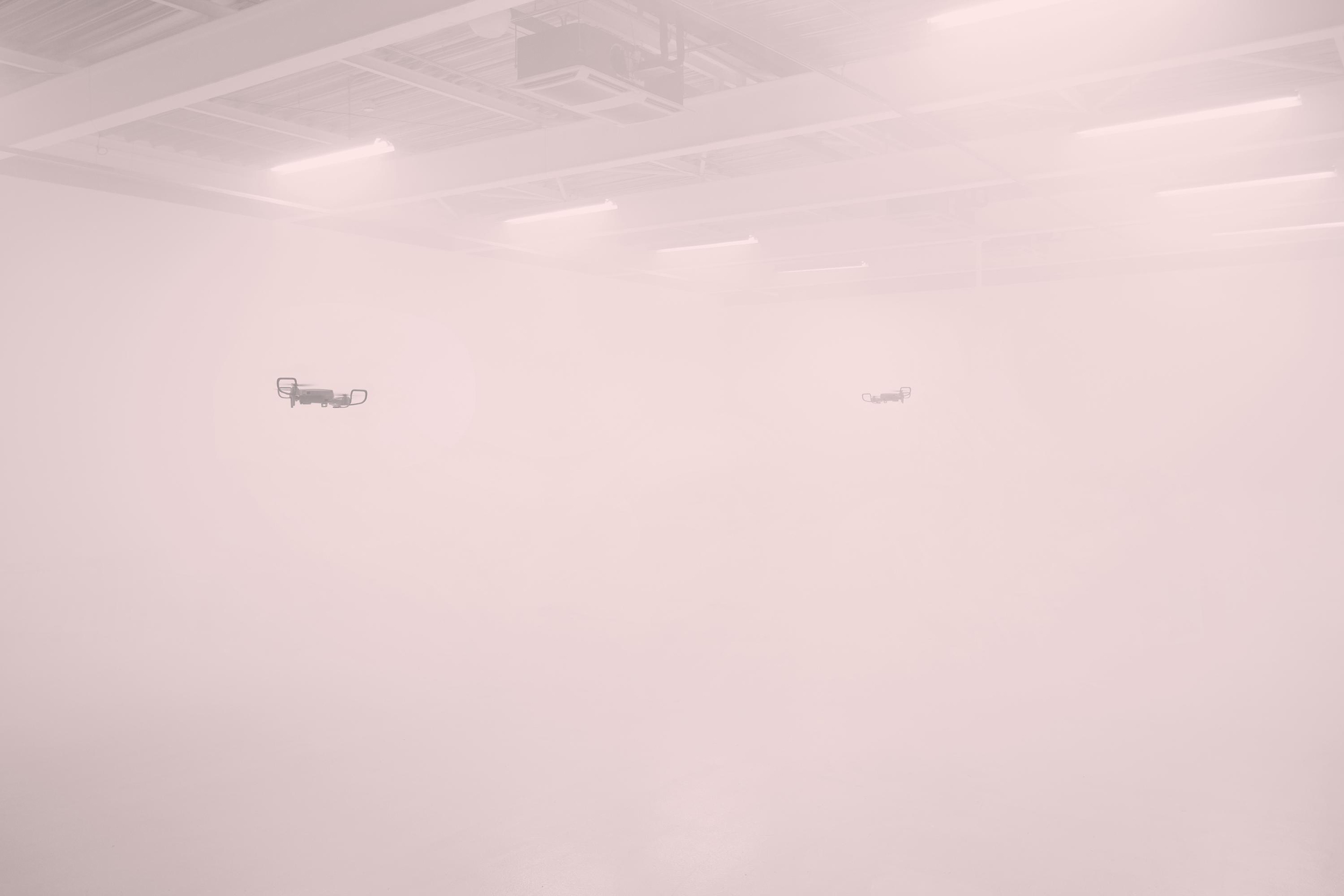 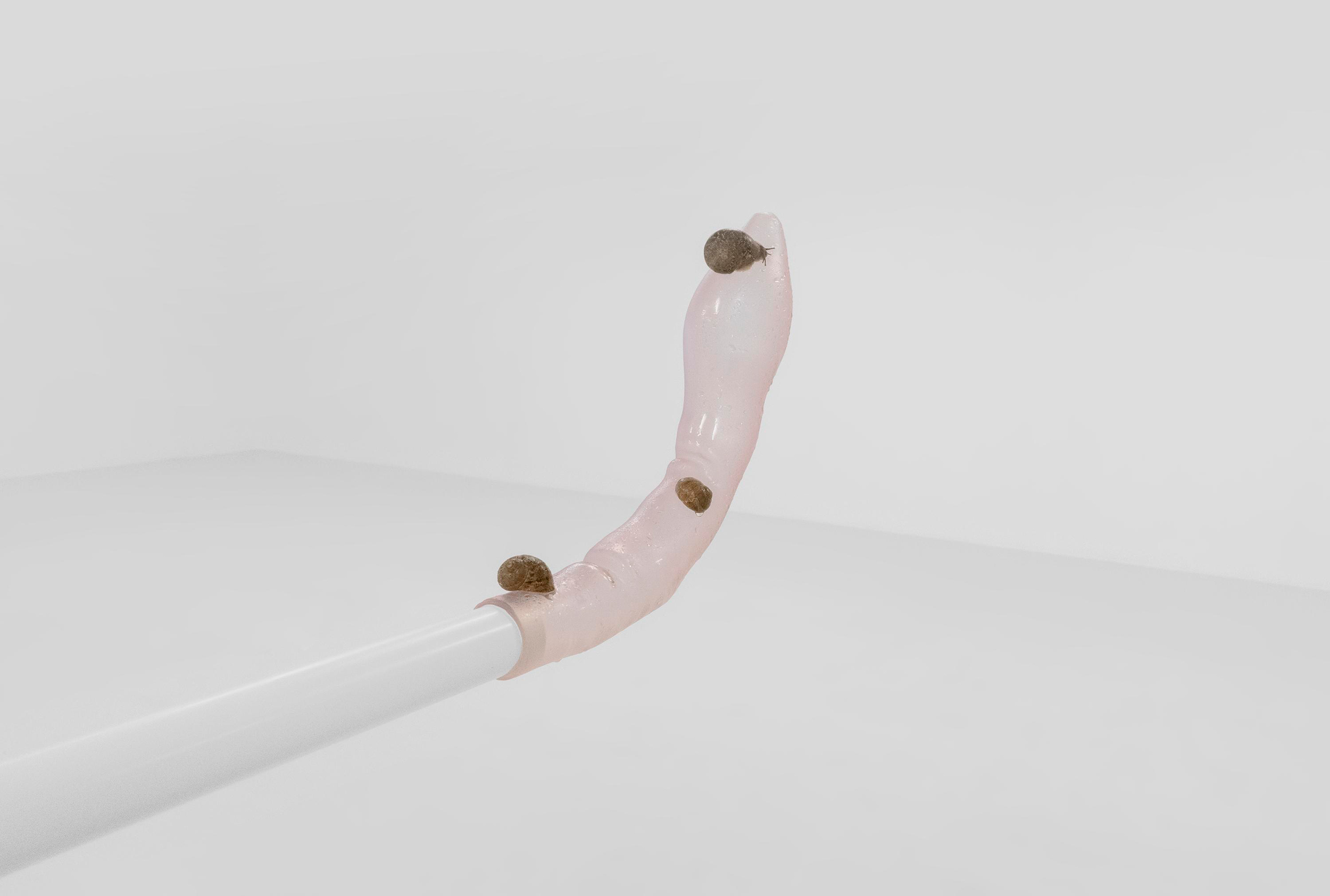 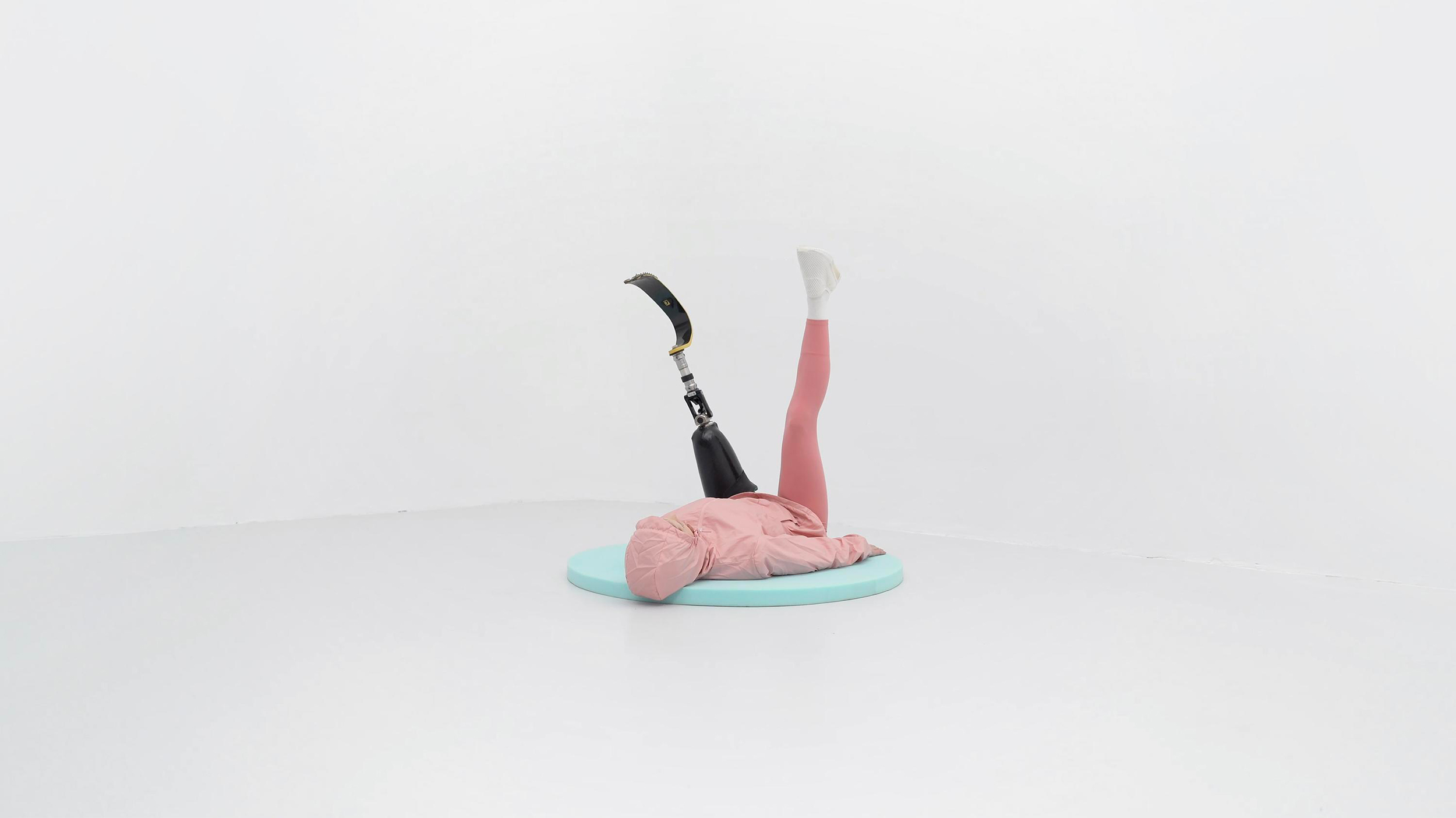 Currently, due to a high interest in Mit Borrás’ work, he feels grateful and tense at the same time as there is still a number of things that need to be done. At the beginning of the next year, you can find his work in Pompidou (Paris, France) in an exhibition on digital art curated by David Quiles Guilló. As well as he will be present in Art Cologne, then Milan, Berlin, Paris, Prague, too. 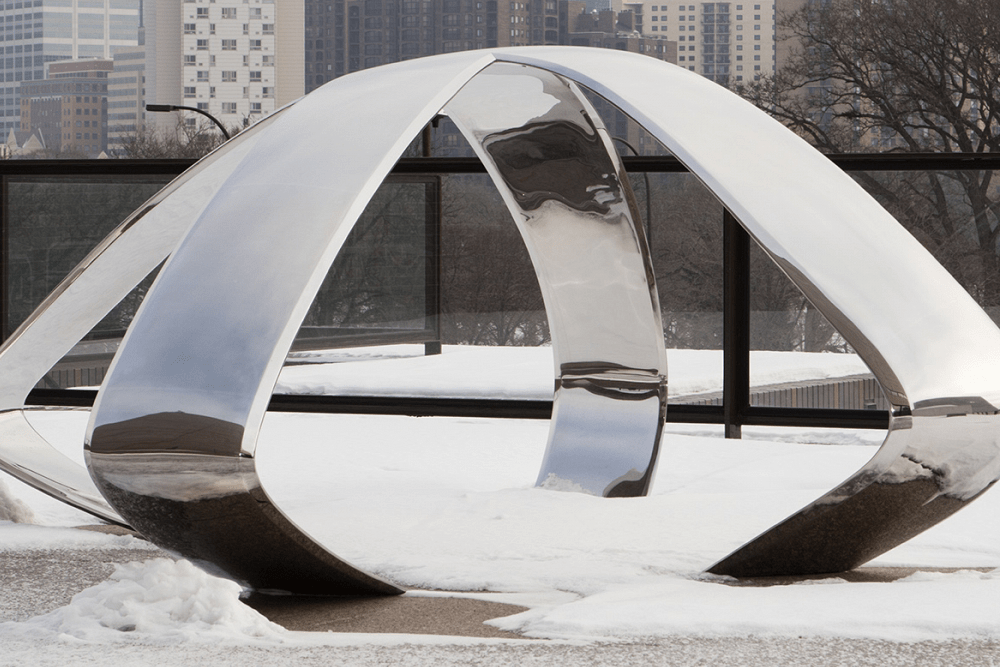 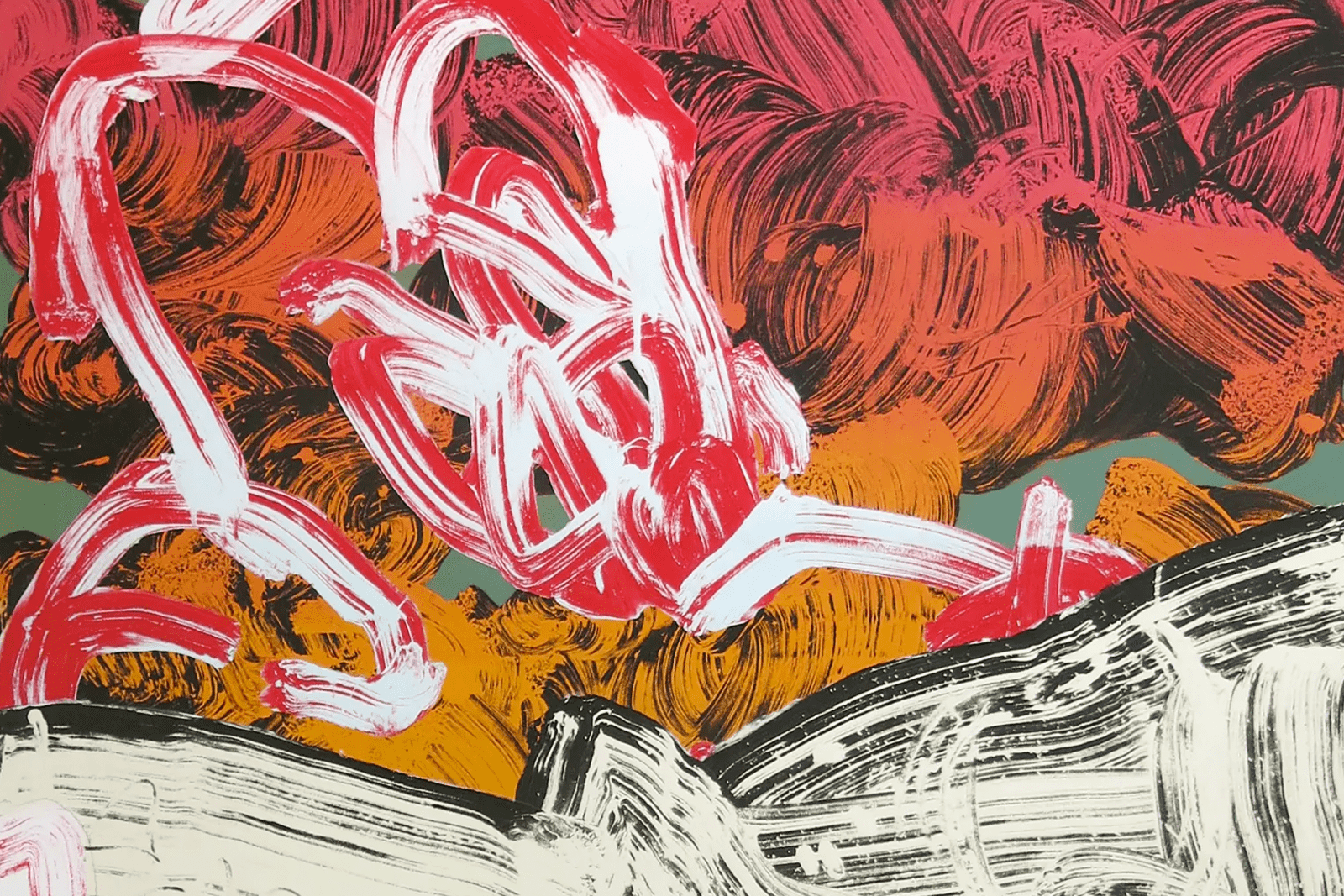 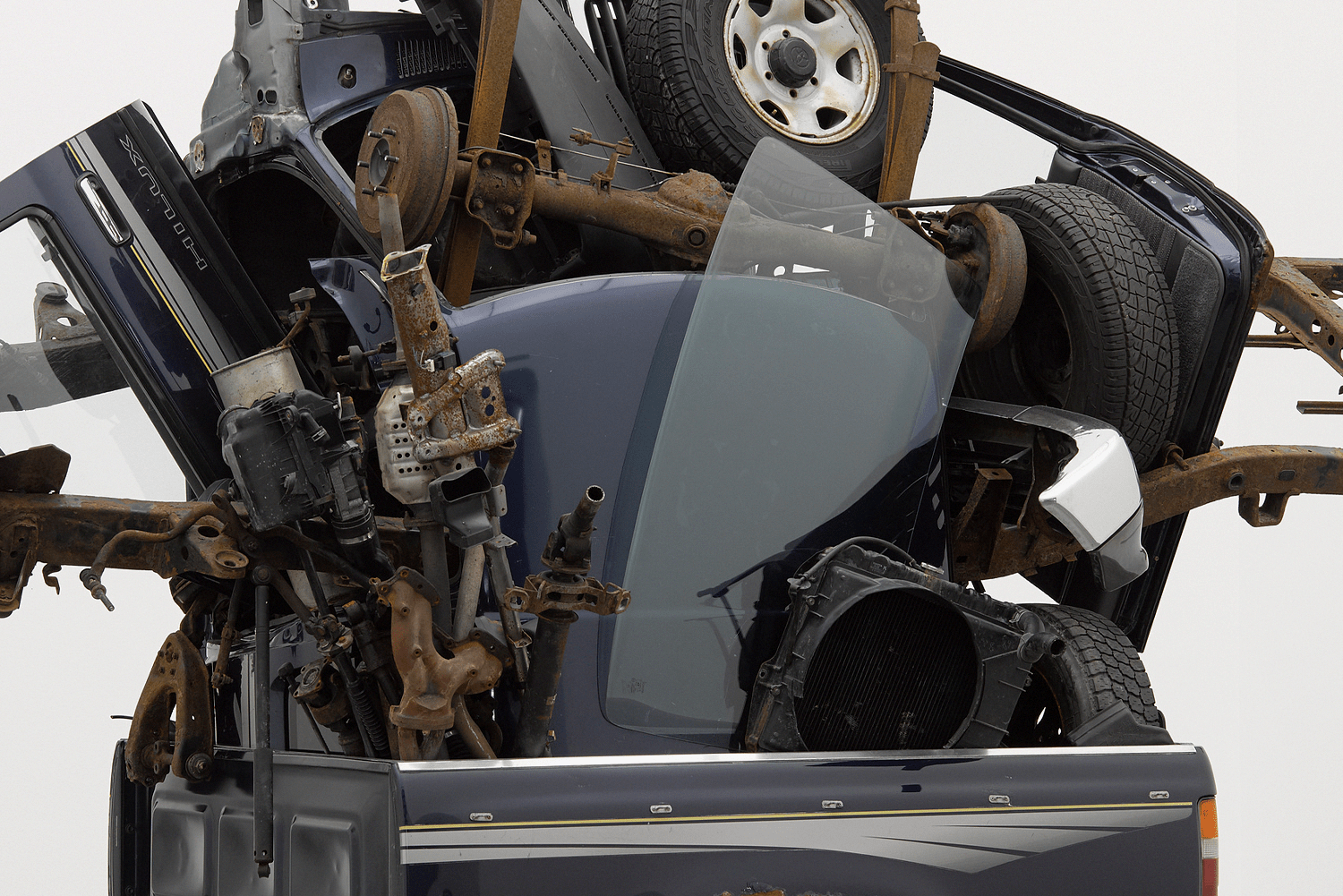 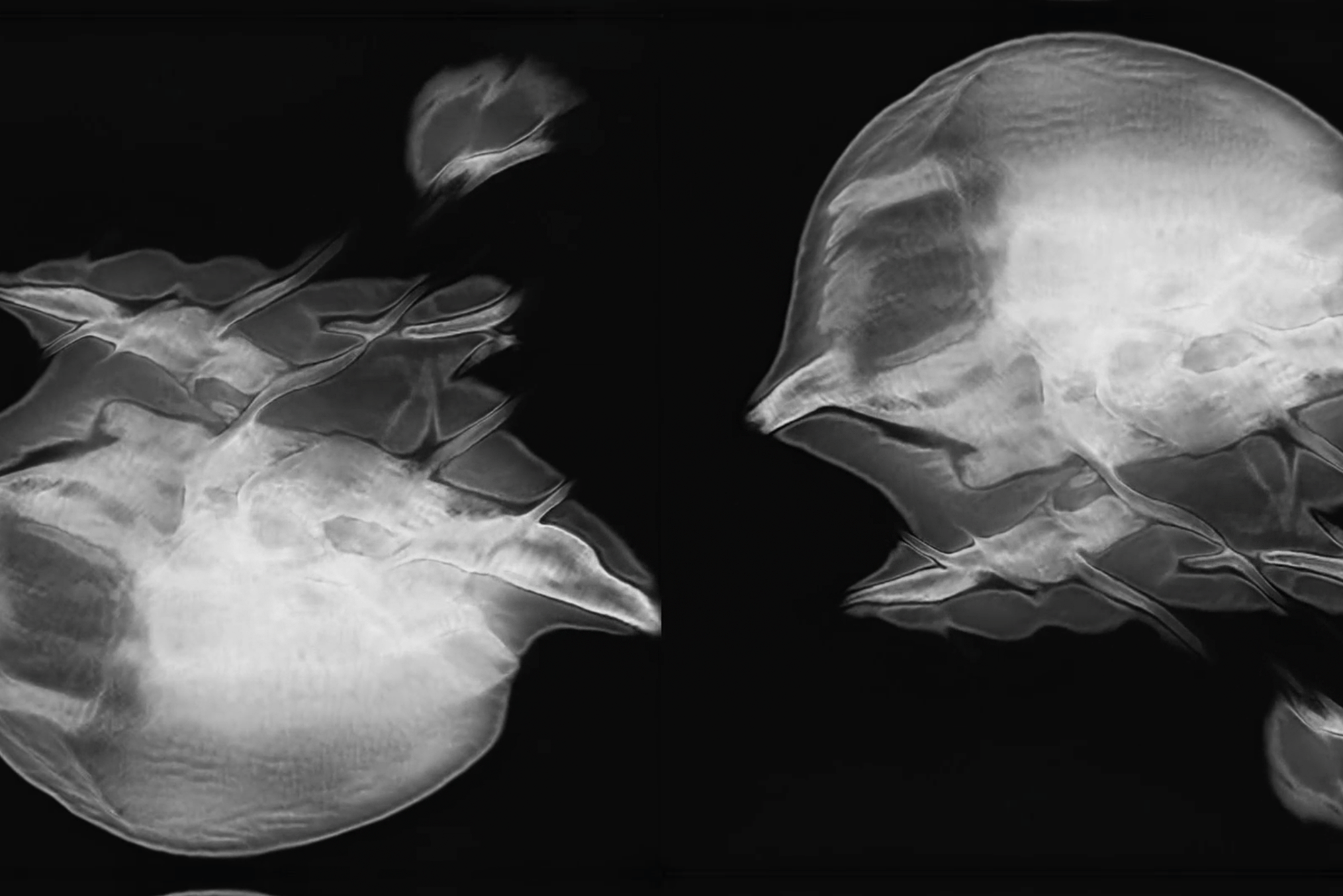 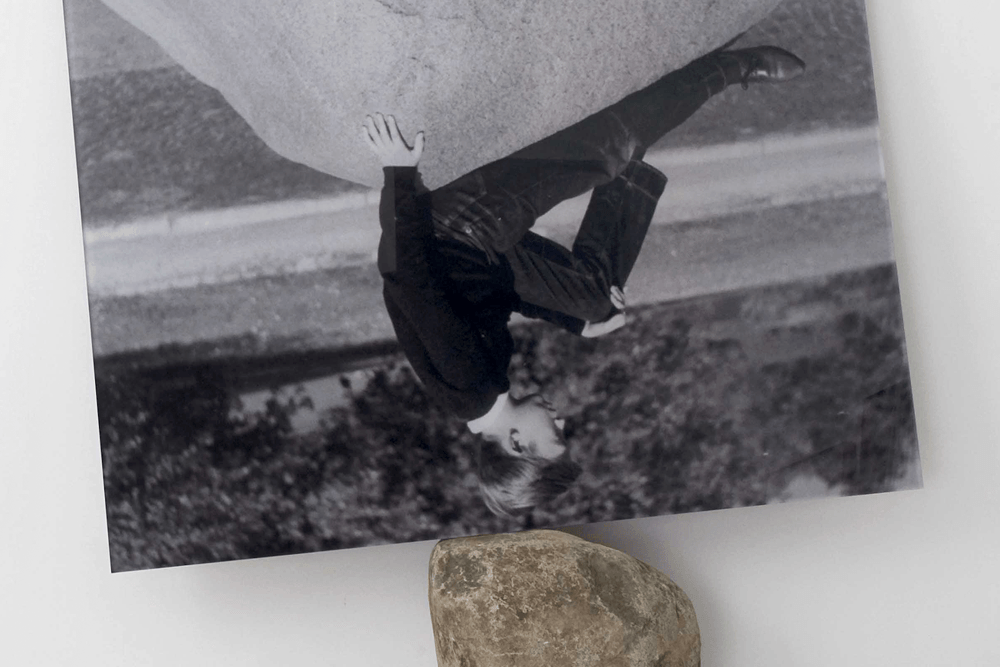 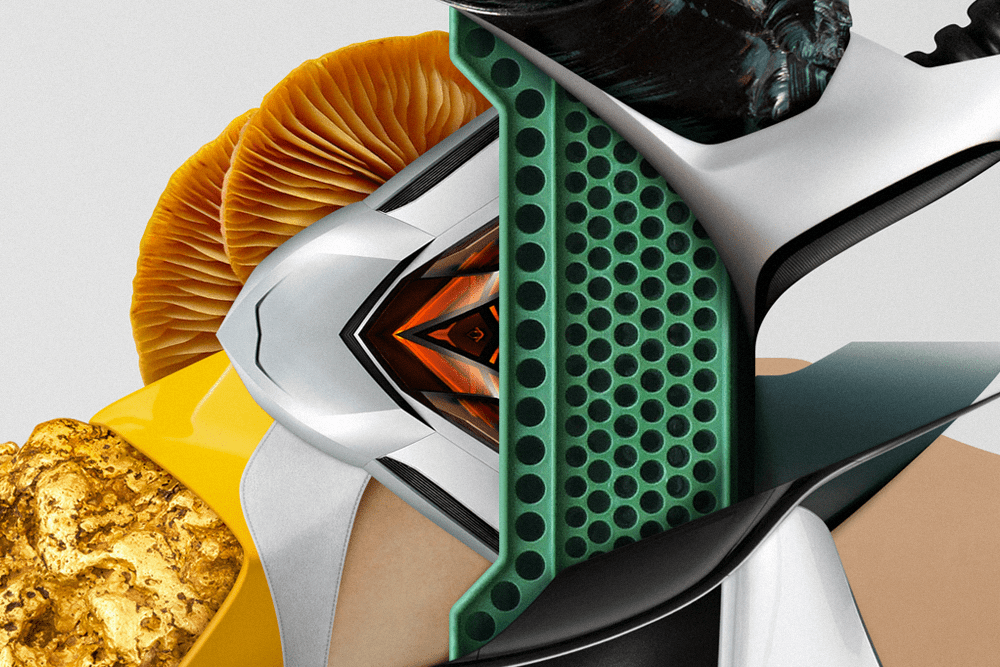 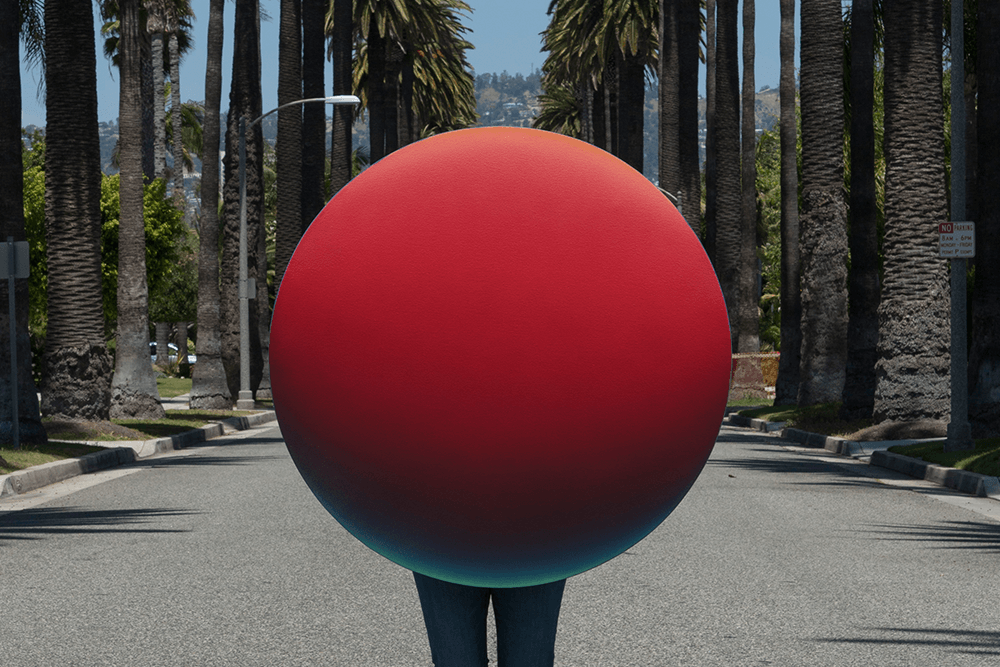 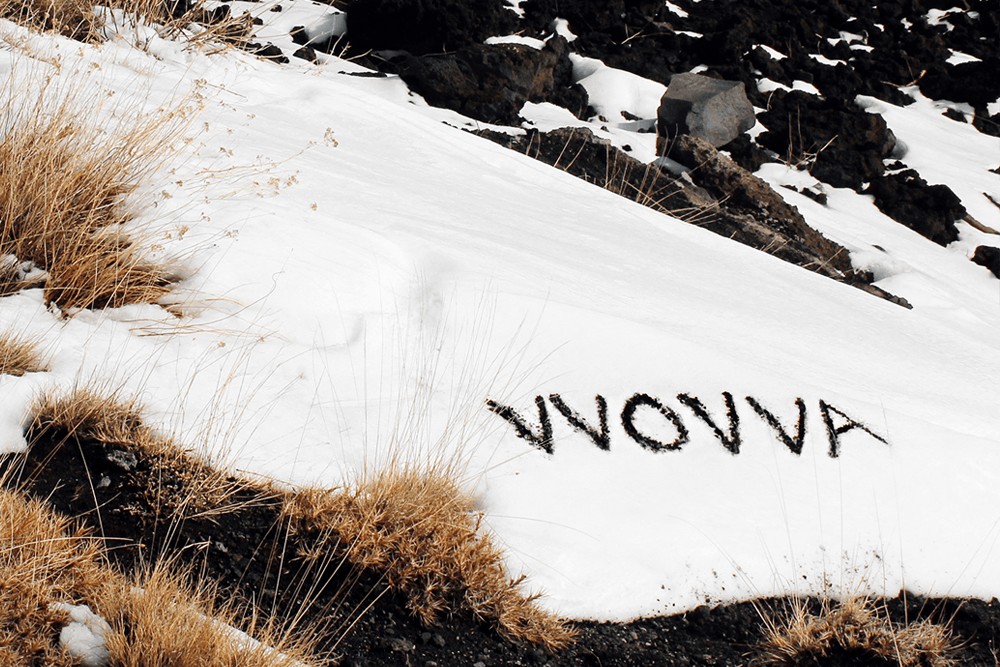 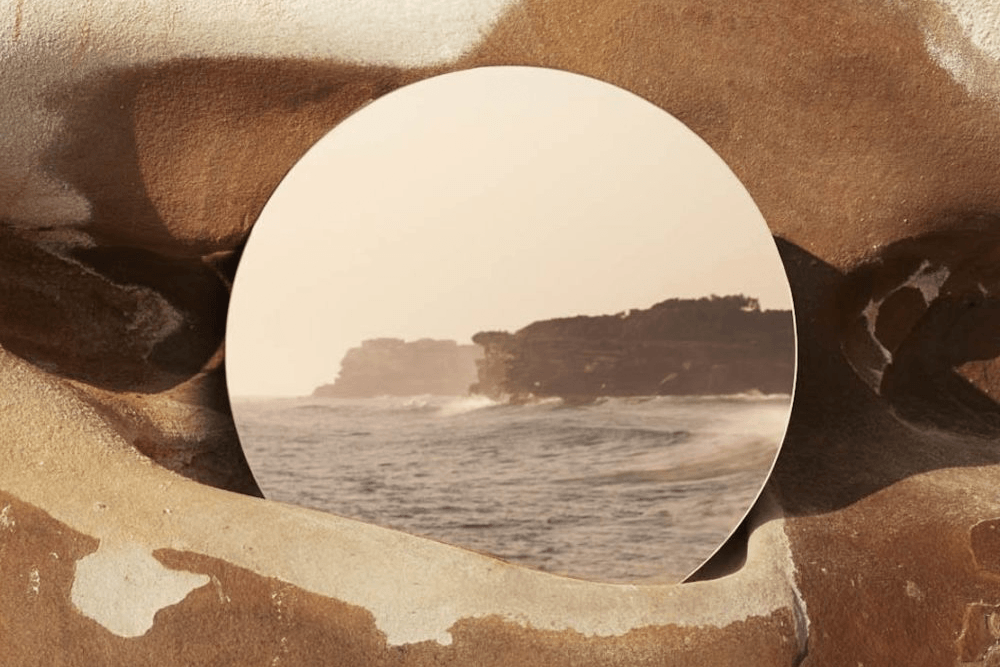