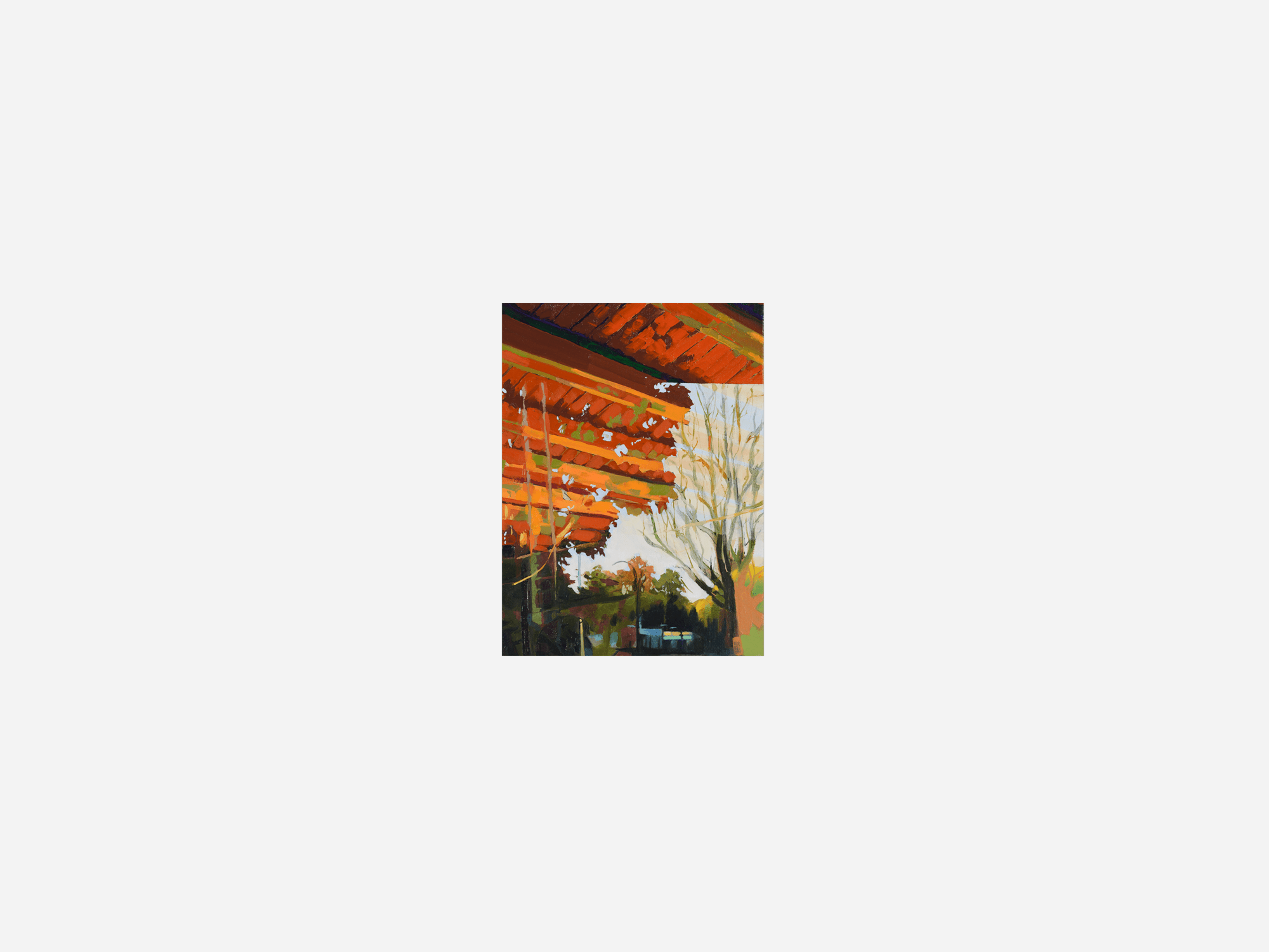 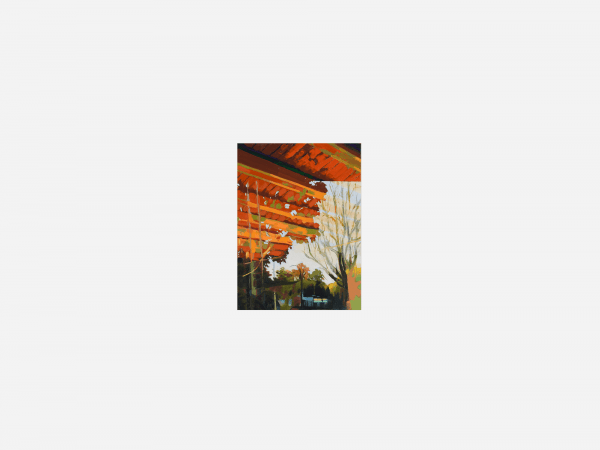 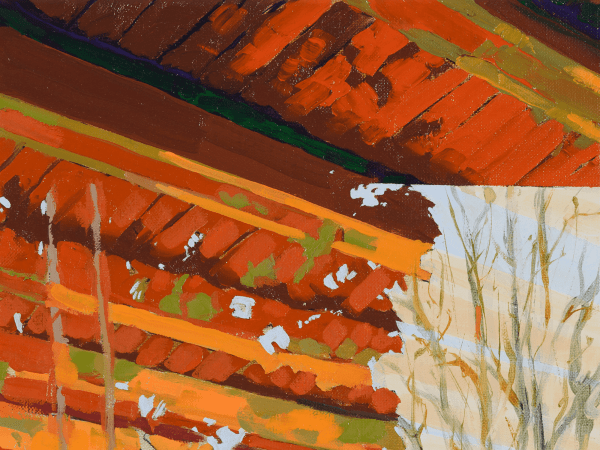 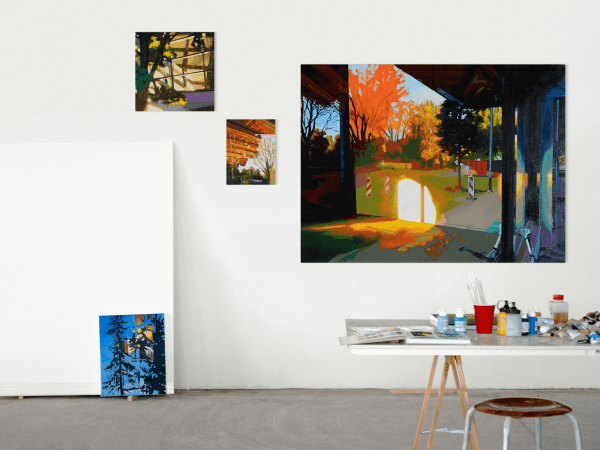 Back to Nature is the newest series of work from Maarten van Aken that depicts empty store buildings in his hometown, Hengelo. If you stand in front of a window and you look inside, a cohesive image of a new space is being formed of both the interior and outside world. The reflected nature seems to take over the desolate space. As an omen, nature takes back what humans left behind.

Maarten van Aken is fascinated by the interrelationship between architecture, light, and humans. People are rarely seen but their traces can be seen. Powerful light defines space and intersections. A window is an intersection, a gateway, as can be a painting. Such crossing can be called a liminal space. A liminal space is a time between ‘what was’ and the ‘next’. It is a place of transition, yet time seems to stand still. In this place, we can play with perception.